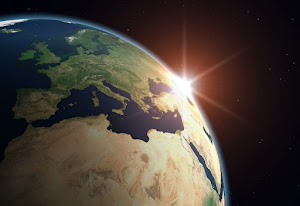 We’re going to be talking about terrorism and acts of terrorism quite a bit in our quest to make every journey you take safe and secure, so we decided it would be a good idea to tell you exactly what we mean – and what we don’t – when we discuss terrorism in relation to travel and travel insurance.

We also want to get rid of some of the fear around the use of the word “terrorism” because we believe that’s a big step in fighting it effectively, in terms of booking holidays and living life in general. Just as combating a fear of spiders can be accomplished by interacting with spiders, we’re making a point of using “terrorism” a lot. Sorry Google, we hope you understand…

In the past, acts of terrorism were often associated with specific demands, such as the
release of political prisoners or changes in legislation. Today, however, fear and disruption
seem be a primary objective. Safe Journey is here to provide financial protection and peace
of mind in this changing world, and as part of that we need to talk about terrorism a lot. We
need to use phrases like “acts of terrorism” too, and by doing so, our intention is to decrease
the fear that’s associated with them and replace it with preparedness and rational, well-
informed analysis.

Moving right along then!

The Oxford English Dictionary defines terrorism as “The unlawful use of violence and intimidation, especially against civilians, in the pursuit of political aims.”

We’ve elaborated on this definition in developing Safe Journey and tailored it to our changing world:

“An act of Terrorism means an act which either

a) has been declared as an act of Terrorism by either the UK Government or the government of the country where the act occurred; or

b) where in the event of a delay in declaration by governments, acts which we believe should be covered under this policy, including but not limited to the use of force or violence, of any person or group(s) of persons, whether acting alone or on behalf of or in connection with any organisation(s) or government(s), committed for political, religious, ideological or ethnic purposes or reasons including the intention to influence any government and/or to put the public, or any section of the public, in fear for such purposes. Where we exercise this discretion we shall do so acting reasonably with the information available to us at the time.”

What’s in the details?

Most of us aren’t equipped to join MI6 and take on terrorism directly, but that doesn’t mean
we can’t do anything: we can show solidarity with victims of terrorism, and we can refuse to
be afraid.

That refusal should never entail ignoring the situation though – in fact it’s just the opposite.
By being well-informed, ensuring that we have the correct financial protection, and making
informed decisions, we can turn fear into healthy, proactive awareness.

We at Safe Journey refuse to be afraid, and we’re committed to providing peace of mind for our clients… we hope you’ll join us!